Hello. Just wanted to drop an update: book two of my YA sci-fi series ALTERED SEQUENCE is now available! It’s called CORRUPTED, and picks up right where ALTERED left off… As of right now, ALTERED is $0.99, and CORRUPTED is $2.99. Details of both books below! 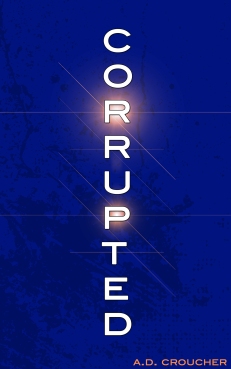 I can’t believe it’s taken me all of season one and five episodes into season two to write about Showtime’s adrenaline ride Homeland, a show that can only be described as the greatest drama on television. It’s up there with SouthLAnd, but in a different way. SouthLAnd is resolutely anti-plot, existing intensely, almost existentially in the moment, while Homeland is the absolute pinnacle of tightly-plotted, brutally ratcheted series-spanning conflicts and tensions. Where they meet is in their equally brilliant treatment of character; the brutal paring back of psychological layers, the unflinching dismantling of everything their characters believe.

Everything in shadow… Damien Lewis as Brody

Homeland really does have it all. Gut-wrenching tension and reversals, compellingly real characters who wear their complexities and contradictions lightly and naturally, an insanely suspenseful master plot that is apparently constructed from a thousand insanely suspenseful moments that have you on the edge of your sofa, on your feet, shouting at your TV, and watching it over again to make sure that DID just happen. The writers of this show are obviously masters of furiously fast pacing, throwing down HUGE story revelations and dropping massive story bombs in the earliest episodes – already, in just five episodes of season two, we’ve had at least three monumental GAME CHANGING scenes, any of which would be another series’ season finale (or even series finale). But the writers of Homeland have almost casually taken us to these extreme places, with SEVEN episodes still remaining. This is how you know: they must have some extreme shit planned for the rest of the season. And they’ve shown us we can trust them. Trust is key to long running dramas: are the writers just bullshitting their way through, or do they have a plan? The Homeland writers have the tightest grip on their story, from the “in the moment” beats, to the arc of each season. The beats, scenes and episodes of this show are solid and interlock tightly. There are no gaps, no wobble in the construction. Just a series of emotionally and cerebrally detonating storylines that power through an ever-escalating sense of suspense.

As writer Alexander Cary has said, “if we have a good story idea, we go there, and we don’t delay it, we don’t bank it. We write ourselves into corners.” The way they write themselves out of those corners is always exhilarating; high-wire writing, executed perfectly, every time.

Anything can happen… Claire Danes as Carrie Mathison

This writers room, led by 24‘s Alex Gansa and Howard Gordon, gives us everything.

There are small, breathless character moments (Dana and Finn in the Washington Monument, their reflected faces held suspended in the dark glass above the glittering city lights); bad-ass moments of all kinds (“The Smile,” the snarky banter between Carrie and new analyst Peter Quinn, Saul’s gruff awesomeness, terrifying chase scenes); gripping psychological arcs; deep wells of emotion; characters pushed to their absolute limits; and, of course, THAT PLOT… that vertigo-inducing sense of WHAT THE HELL CAN THEY POSSIBLY DO NEXT?! 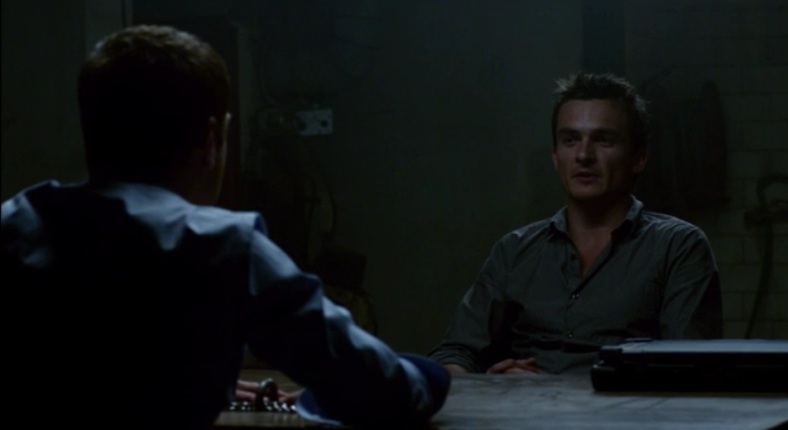 The nature of threat: any scene can explode at any time. Rupert Friend as Peter Quinn.

In Homeland, character revelations and plot vertigo moments happen at the exact same time; plot and character are the same thing in this show. The interrogation scene in episode five, where Carrie and Brody are both utterly raw, her with love, him with the collapse of everything in his world, is one such example: it’s staggeringly riveting, finely-detailed, deeply soulful, and, in its most extreme, extraordinary, series-changing, character-revealing moment, utterly quiet and low-key. One simple word after the LONGEST pause in TV history changed the game. AGAIN. 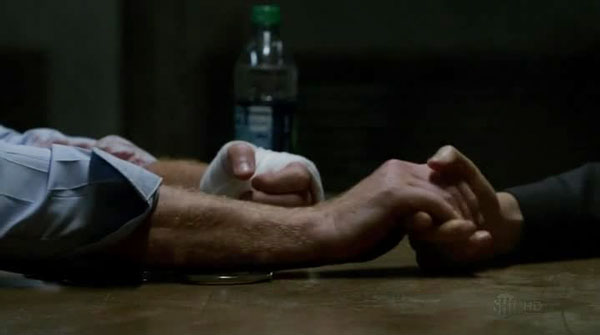 The loudest of truths in the quietest of moments

That’s something I love, and it has changed the shape of my own writing. You can’t truly love something without it changing you. This is definitely one of the joys of being a writer: when other writers show you amazing possibilities and just make you want to get back to the laptop and write something new, something better. This beautiful hybrid of powerful, engaging character work and OMG WHAT HAPPENS NEXT plotting is something I was aiming for with ALTERED; and, now I’m writing book two of that series, I’ve essentially got a sticker above my desk that reads WWTWOHD (What Would The Writers Of Homeland Do… not exactly catchy, but damned effective). It’s a show that any writer of any kind can learn from – and should learn from. It’s an extraordinary example of brilliant storytelling.