The Felix Paradox was an unusual episode. It had stunt casting (Shaq), genuinely delightful surprise casting (Russell’s back!), and multiple muscularly handled game changing moments for virtually all of the characters. Yet, perhaps paradoxically, it felt somewhat insubstantial.

One of the key reasons is this: everything else in the episode was dwarfed by Jamie McShane’s towering, gut-wrenching, why-isn’t-he-a-regular-yet, performance. Not even Shaq could rise up to that challenge.

McShane has been grittily brilliant in every episode to date, always breaking out of his all too brief screen time with charismatic and intense acting. Full disclosure, I have met him, and he’s a great guy in person; long overdue an iconic episode like this one. Aaron Rahsaan Thomas wrote this episode, his second of season five. It didn’t blast away like his first, but man was it good, and it gave McShane the arc he needed to really let loose: the watch commander had to hold it together after being told that his son had been shot. In several key scenes, McShane broke our hearts. Again and again and again. The initial breakdown; the barely holding it together in front of the cops at roll call, before crumbling and having Cooper take over for him; then the utterly heart-rending scene when Lydia handed Hill his son’s belongings from the crime scene. The way McShane told Thomas’s beautifully written Blue Angels story was just too much; too painful, too raw. 100% SouthLAnd style. It was epic. It must surely guarantee McShane a promotion to regular status, if, no, WHEN, the show gets its sixth season. C’mon, producers — you found a way to get Lydia into uniform; you can find a way to get Hill out on the streets. The campaign starts here.

Elsewhere, the show worked overtime to catch up with the other characters. Cooper had his moment with Laurie, when he finally accepted that he wanted a family; Cudlitz was charming and somehow heartbreaking in his quiet performance (coming as it did after that extremely empathetic and compassionate moment helping out Hill during roll call). Lucero was revealed to be lying about the fact that he has been separated from his wife for eighteen months (a smallish revelation for a new character, which didn’t really register, although it was written well, and perfectly acted by Anthony Ruivivar). Lydia had to throw down with Ruben over whether to pursue crooked cops in a nicely written and portrayed arc.

But the most interesting moments were saved for Sherman and Bryant.

You gotta hand it to Thomas; he can lay down classic scenes in old school SouthLAnd style, and they’re an absolute pleasure to watch unfold. The way that Bryant and Sherman’s pivotal scene started with them leading a lost little girl back to her house, featuring some truly great humor (“I’m contact, you’re cover…”), then segued into a tense search of the house and discovery of weapons and drugs, then escalated unstoppably into a dangerous screaming match between Sammy and the gangbanger — there was a real flow as it covered a range of emotions and styles — and it was a great head-to-head that never lost momentum. Hatosy was an ANIMAL in this scene, deploying the Prowl to full effect and then some. He’s been quietly intense this season; it was great to see him tear up a scene like this. 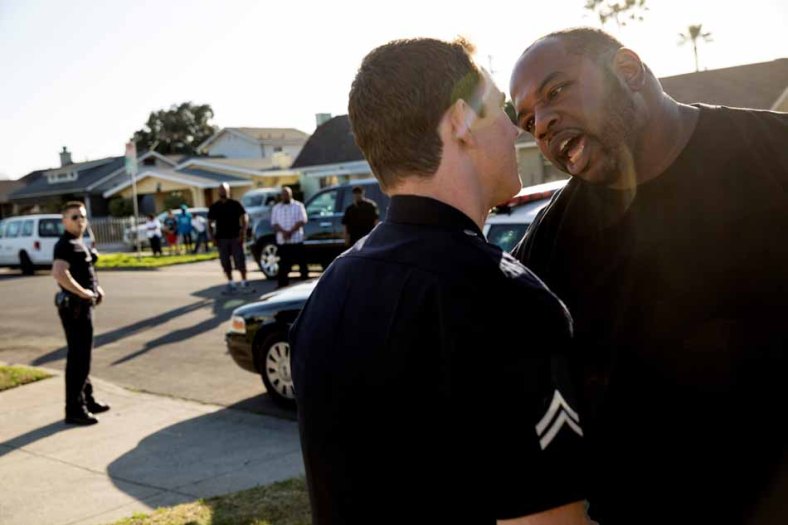 SouthLAnd: in your FACE.

On the flip side, Sherman is f**king cold! What a devastating reveal that was, juxtaposing Sammy’s utter terror running through his gang-tagged house looking for little Nate, with the fact that Sherman was responsible (sending his girlfriend’s brother to steal the incriminating Tammi-Sammy fight tape). And it was all to save his own skin. Damn. Sherman is stampeding into a moral darkness from which it seems utterly impossible to return. 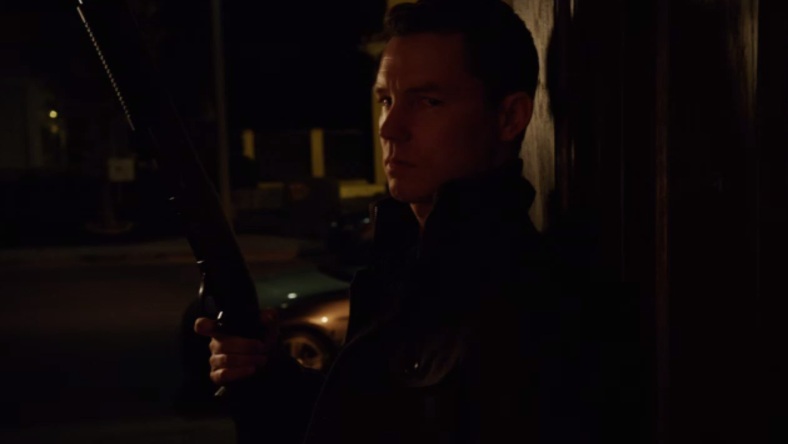 Sammy Bryant getting ready to go to war.

This revelation made Sherman’s reactions in the opening freeze frame more understandable. And it was a cool trick, returning to the opener right at the very end of the episode. The only issue was, we’d been waiting to find out what the hell it was all about in ever increasing anticipation and fear. Yet once we caught up and went past the photo flash… nothing happened. Sure, it was one of those internal ‘freight train coming at you’ moments; but the thing is, we’d already been through that collision. This was just the aftermath. The moments before the freeze frame promised maximum intensity; the reality was Sherman leaning against a wall. 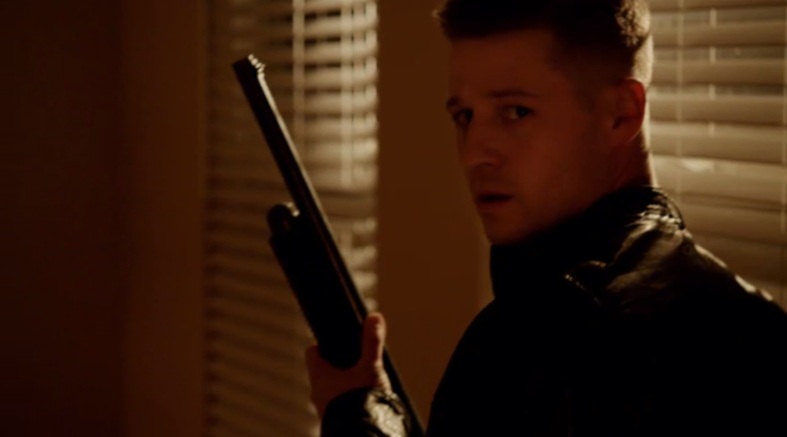 Strong is the power of the dark side…

I get it, and as a SouthLAnd ending, it was great; exactly what the show does best (the knowledge of just how far Sherman will go is terrifying, and a huge game-changer for him and therefore the show). But, oddly, although it was a perfect ending, it wasn’t a perfect return to the freeze frame; not when you’ve very clearly built expectations for some juicy tension and action.

This season as a whole, the opening/return to freeze frames have struggled with being as high impact as they need to be. This episode’s started as the strongest of the season to date; it just didn’t follow through on its promise. Which is a shame, as it was building on the biggest shift in the show this season; Sherman completing his descent into ice-cold amorality in stunning, shocking fashion.

This is a show designed to surprise, and that’s one of the many, many things we all love about it. This episode generally did a brilliant job of unleashing its truth grenades. There is no doubt, SouthLAnd is 100% uncompromising and 100% true to itself.