SouthLAnd‘s fifth season is shaping up to be its most ruthless and pared down yet, and therefore its most emotionally thrilling.

Under The Big Top was a Sara Gran script, with her distinctive brand of humor and sharp, on the spot character moments. Behind the camera, Felix Alcala brought his aggressive, restless visual style, aided by Dana Gonzales’ impeccable lighting. They made Los Angeles look visceral and amazing, in a clear-eyed, haze-free way this time. This is a show that can occupy different places on its unique viusual spectrum — this episode was all about the middle of the day/late afternoon clarity of the city. It was a particularly great episode for locations that added new dimensions to the scenes, something SouthLAnd excels at. The scene where Cooper and Lucero find a murder suspect and his girl, shot on the other side of the 101 from the Capitol Records building, with the downtown skyscrapers behind them: the light, the traffic, the architecture — it was a passing moment in the script (and a great character moment between Cooper and Lucero), given a kinetic depth by the shooting, framing and editing. This show carves its truths out of the LA landscape with ease. 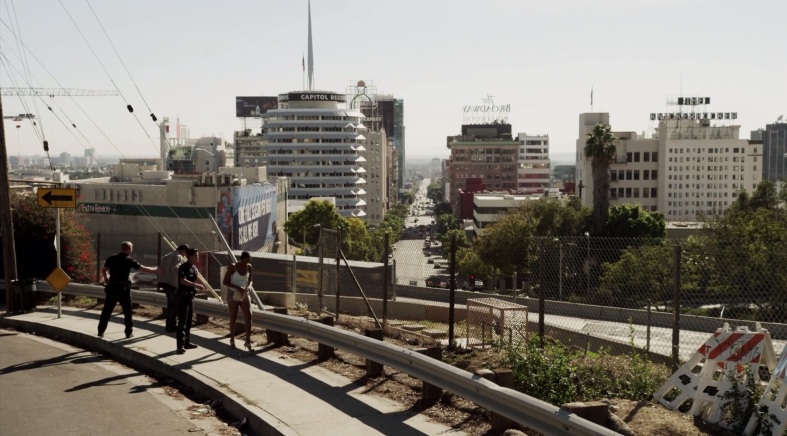 Incredible shot from Alcala and Gonzales: the detail, the depth of field, the scope and focus of it…

It was a Cooper-centric episode, appropriately, given the title, and his tendency to see the job as one big circus. He had happy moments, tender moments, lonely moments, self-reflective moments, courtesy of Gran’s lovely and understated script. It was a great emotional episode for Cudlitz, who just crushed it in every scene with so much nuance and gravitas and soul. My personal favorite Cooper moment? “Maybe the right one stays.”

On the opposite end of the emotional spectrum, Sherman was still busy shedding his humanity and switching off his ability to care about anyone he deals with on the job (unless that person is Annie Monroe playing a teacher with a pleasing amount of snark, holding her own in every scene).

Ben McKenzie is doing truly fantastic work this season, with his almost terrifying transformation from the new boot who couldn’t stop caring, to the hulking, experienced officer who beats the shit out of a perp on a subway train in front of horrified passengers (to be fair, the guy was trying to kick Sherman’s ass, so Sherman knocking him out wasn’t entirely uncalled for). That scene was pure SouthLAnd — rationality and order descend almost instantaneously into utterly visceral violence and chaos. The stunt team are legends, and the entire cast and crew always make these scenes look horribly, breathlessly real. The way McKenzie just sat down in a nearby seat after cuffing the now unconscious criminal, waiting for the next stop, without saying anything to the other passengers, spoke volumes (Seth Cohen was right, he can say SO MUCH without even speaking)(Sorry for the OC reference, but Cohen nailed it — McKenzie is getting Brando-like in his intensity and wordless stares, hollowed out like he’s at the end of Apocalypse Now). 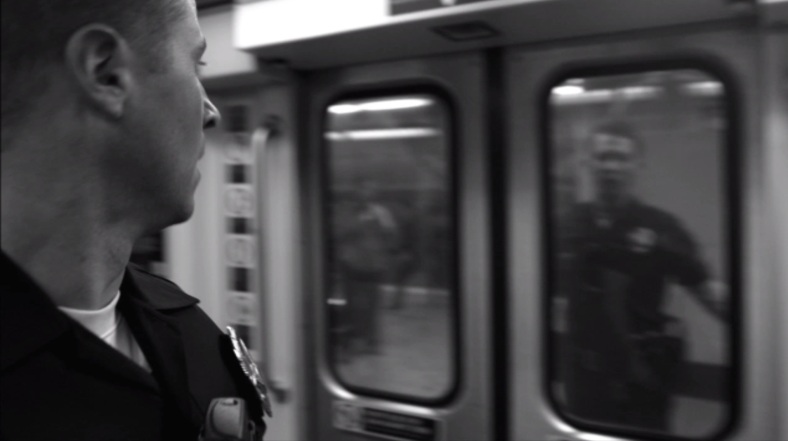 So powerful is McKenzie’s performance, he’s actually out-prowling Hatosy in a lot of scenes, which is just what the scripts are calling for. Where once Sammy would have been the hero for caring about a young boy who’s a victim of the system (remember What Makes Sammy Run? A Coker script and one of the greatest episodes of the show), now he is outshined by the sheer magnitude of Sherman’s ruthlessness. Sammy almost seems out of touch in this new, more aggressive world, which is the world of season five (set in motion by the darkness at the end of season four).

The unforgiving glare of harsh truths

The show evolves with each season, and it’s much rawer and more streamlined than ever.

It’s the one inch punch of TV drama.